An interesting event takes place each year on September 15th. This day marks the independence of the entire Central America from Spanish rule in 1821, this led to five separate holidays in the countries that formed part of Central America. This event also marks the start of Hispanic Heritage Month, which is observed in the USA. Other key holidays in September are Labor Day, Mid Autumn Festival and Autumnal Equinox Day.

September in the Northern hemisphere marks the start of autumn and many holidays in this month began as harvest festivals to give thanks for bountiful crops that would be needed to sustain people through the coming cold winter months.

Month info: September used to be the seventh month of the year and in Latin, septem means ‘seven’. Until Julius Caesar’s calendar reform of 45BC, September had only 29 days. The Anglo-Saxons called September Gerst Monath (Barley Month) or Haefest Monath (Harvest Month) celebrating the barley harvest.

For most people, Labor Day means two things: a day off and a chance to say goodbye to the summer. But why is it called Labor Day? Labor Day is a day set aside to pay tribute to working men and women. It has been celebrated as a national holiday in the United States and Canada since 1894.

The first Labor Day holiday was celebrated on Tuesday, September 5, 1882, in New York City, in accordance with the plans of the Central Labor Union.

In 1884 the first Monday in September was selected as the holiday, and the Central Labor Union urged similar organizations in other cities to follow the example of New York and celebrate a “workingmen’s holiday” on that date. The idea spread with the growth of labor organizations, and in 1885 Labor Day was celebrated in many industrial centers of the country.

Ganesha Chaturthi, also known as ‘Vinayak Chaturthi’ or ‘Vinayaka Chavithi’ is the day when all Hindus celebrate one of the most popular deities, Lord Ganesh.

The festival is observed in the Hindu calendar month of Bhaadrapada, starting on the shukla chaturthi (fourth day of the waxing moon). This means the date will normally fall between 19 August and 20 September

This remains one of the most widely celebrated festivals in the Country, partly because Ganesh is one of the most popular deities for worship. His blessings are often invoked at religious ceremonies as he is the one who can remove all obstacles to success, particularly when people are starting a new business or enterprise. Ganesh is known as the giver of fortune and one who can help to avoid natural calamities. Ganesh is also the patron god of travelling.

Ganesh is depicted with an elephant’s head on a human body and in the Hindu tradition he is the son of Lord Shiva and the Goddess Parvati.

On 7 September 1822, a declaration of independence from Portugal was made by Pedro di Alcântara, the son of the Portuguese King.

Alcântara, better known as Pedro I, became the first emperor of Brazil and ruled from 1823 until 1831.

On this day there are celebrations in the capital, Brasilia, with military parades, air shows, musical concerts and fireworks in the evening.

The Mid Autumn festival starts on the 15th day of the 8th lunar month. This festival originated in a fairy tale. A hero names Hou Yi saved his people by shooting down the other nine suns that burned his people to death. He was then bestowed with the elixir of immortality by the Queen Mother of the West.

He did not want to consume the elixir and leave his beautiful but very mortal wife, Chang Er, so he gave the elixir to his wife for safekeeping. Unfortunately, Hou Yi’s disloyal apprentice forced Chang Er to swallow the elixir. She then became a supernatural being. She flew to the moon, and from there watched her husband.

Knowing that his wife had now been separated from him, Hou Yi was crazed with grief. Looking up at the moon one night, he saw a figure like his wife. He hurriedly took cakes and succade (preserves in sugar, whether fruits, vegetables, or confections) as offerings to his wife. Upon hearing this, people developed the custom of watching the moon and eating moon cakes annually on this day.

This public holiday is the national day of Mexico and is celebrated on 16 September.

Also known as ‘Día de la Independencia’ or ‘Grito de Dolores’, it marks the anniversary of the Mexican War of Independence against Spain on 16 September 1810.

Specifically, it commemorates a proclamation by Father Miguel Hidalgo y Costilla on 16 September 1810, in the village of Dolores, near Guanajuato.

Hidalgo ordered that the village church bell be rung to gather his congregation, then called for insurrection and ended by calling out, Viva la Virgen de Guadalupe! Viva Fernando VII! Abajo el mal gobierno! [Long live Our Lady of Guadalupe! Long live Fernando VII! Down with the bad government!].

Hidalgo’s proclamation called for an end to Spanish rule in Mexico, encouraging rebellion and insurrection against the Spanish.

26 countries have their national days in September. How many people in the company do you know from each country? Remember to wish them a happy national day!

Throughout the month, there are days set aside to observe all sorts of events, some serious and some not so serious. These days can provide interesting ways to engage employees in diversity issues. The table below shows a selection of these days with some ideas on how you could use them within your organization. 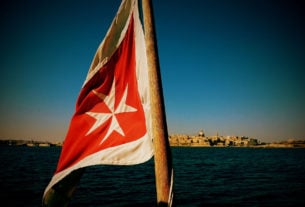 Did the Maltese cross off a working day for no reason?