Labor Day is one of the most popular Federal Holidays

For some, Labor Day marks the end of summer and for others, it blows the whistle for the start of the new NFL and college football seasons. There may even be some who see it as a day to honor workers. Whatever the reason, Labor Day is one of the most widely observed Federal Holidays.

Despite its popularity, not everyone knows why it is observed on the first Monday in September each year.

Labor Day was first celebrated on a Tuesday

Labor Day’s origins can be traced back to a Tuesday – Tuesday September 5th 1882 to be exact. On that date, workers’ rights activists organized the first Labor Day parade in New York, demanding more pay for fewer hours. The day was commemorated with a picnic, concert and a few speeches. There were 10,000 workers who marched in a parade from City Hall to Union Square.

The day took place a year later, establishing an annual event on September 5th. In 1884, the Central Labor Union decided to move the holiday to the first Monday in September.

A decade later, the U.S. government recognized Labor Day as an official holiday. In 1894, President Grover Cleveland signed a law establishing an annual day commemorating workers. Cleveland and Congress kept in line with the Central Labor Union by making it the first Monday in September.

Around the rest of the world, the most common date for a day to commemorate the achievements of workers is May 1st. That date actually was chosen to reflect an event that took place on American soil – the Haymarket Riots of 1886.

On May 4th 1886, a bomb went off in Haymarket square, Chicago, Illinois, during a labor rally, killing one policeman and wounding many others. This event was initiated by Albert Parsons and Samuel Feldman and was intended to be a peaceful four-day event seeking an eight hour work day. The next day the police reacted and killed one and injured several others. An unknown person threw a stick of dynamite at the police which resulted in gunfire. Seven police officers and four civilians were killed in the actions and dozens of others were injured.

It is said that Cleveland didn’t want to adopt the international date of May due to the violence and negativity associated with the riots in America. As a result, the September date was adopted and Labor Day officially became an American holiday on Monday September 7th 1894.

After decades of it falling on a Monday, its position was confirmed by Lyndon B. Johnson when he signed the Uniform Monday Holiday Act into law in 1968, moving several federal holidays from specific dates to Mondays. The legislation covered Memorial Day, Veterans Day, Washington’s Birthday (AKA Presidents’ Day), and Columbus Day.

Labor Day was also included, though the act merely confirmed its date at the beginning of September rather than changing it.

Did you know?
In 1909, the American Federation of Labor convention designated the Sunday preceding Labor Day as “Labor Sunday”, dedicated to the spiritual and educational aspects of the labor movement, but the idea never caught on. 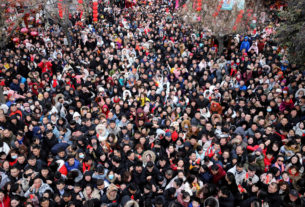