In recent days, many American companies, such as Twitter and Nike, have given their employees a new company holiday – Juneteenth. In a country where organizations don’t tend to give away time off, this is an unprecedented move.

Juneteenth is not a holiday that many people outside of the United States will be aware of. Given the increase in media interest, it’s worth taking a look at the history of the oldest known celebration commemorating the ending of slavery in the United States.

Officially known as Emancipation Day, the name Juneteenth is a portmanteau word for June and nineteenth and commemorates the June 19th 1865 announcement of the abolition of slavery in Texas and the emancipation of African-American slaves throughout the Confederate South.

On January 1st 1863, Abraham Lincoln declared the end of slavery with the Emancipation Proclamation. Two and half years later, and two months after the end of the Civil War, Union troops arrived in Galveston on June 19th 1865 to find that news of the proclamation had not yet reached Galveston and that people were still being held as slaves in Texas.

The leader of the Union Troops, General Gordon Granger then formally announced the emancipation from the balcony of the former Confederate Army headquarters.

The reason why the news about the emancipation took so long to reach Texas is subject to speculation. One theory is that the messenger who was originally sent with the news had been killed before he reached Texas. A more likely scenario is that the local slave owners simply held onto the information, ignoring the emancipation order.

The annual commemoration of June 19th was seen as a stabilizing and motivating presence in the lives of African-Americans in Texas, who despite their newly-acquired freedom, still faced many uncertainties and challenges.

Juneteenth is a state holiday in Texas. According to the National Juneteenth Observance Foundation, 45 other states and the District of Columbia have passed legislation to officially recognize Juneteenth as a special day of observance.The U.S. Senate established June 19th as Juneteenth Independence Day on June 19th 2015. 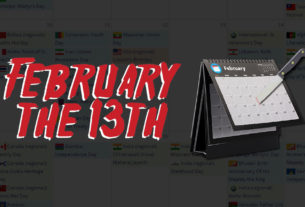 Every day’s a holiday… well almost